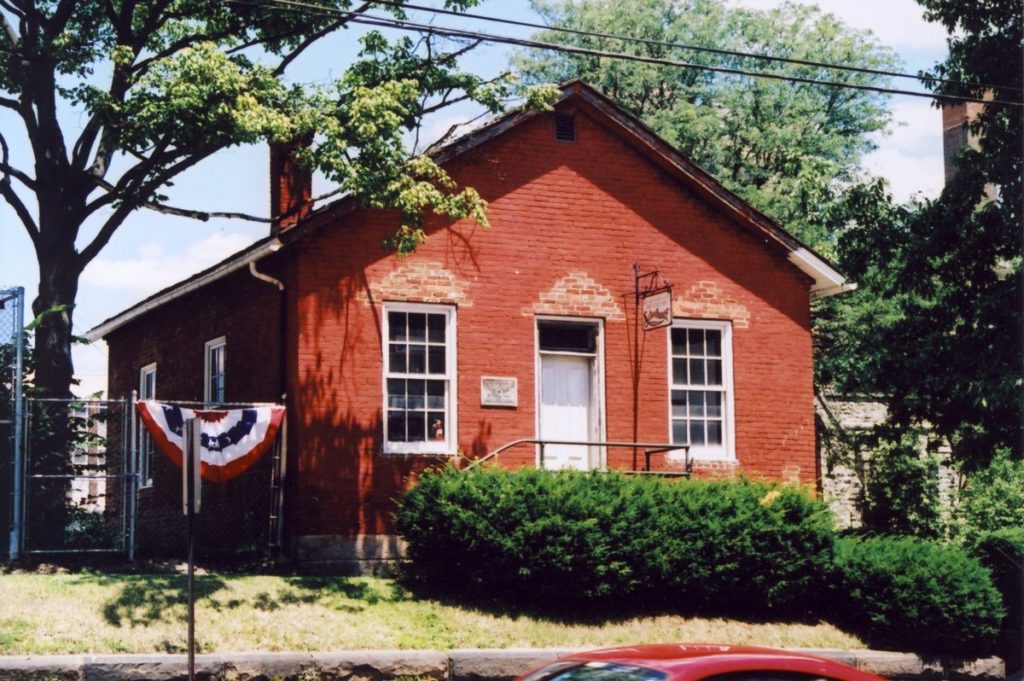 The Little Red School House was constructed in 1838, and was the first public school built in Butler as a direct result of the Public School Act of 1835. It was used as a classroom until 1874, when a larger facility, the Jefferson Street School, was built next door. The building was then used as an office, Butler’s public library, a meeting room, and a center for the Red Cross during World War II.

In 1966, the Butler School District permitted the Society to use the building as a museum, and it continued in that use until 1991, when it closed due to structural deterioration. The school district deeded the building to the Society in 1993, and a restoration project began to return the building to its original one-room school condition.

The site is now a living history museum, which recreates the one-room school experience for children and adults.

Group tours are provided by special arrangement between the months of April and September annually. Tour fees do apply: adults = $5 per person, children 10 & under = $3 per child. Seniors and Military personnel (with valid I.D.) = $3. BCHS Members are free!

You can contact us at 724-283-8116 or email us at society@butlerhistory.com to schedule your tour!

Your ticket for the: The Little Red School House